Much has changed since the beginning of the free software movement: Most people in advanced countries now own computers — sometimes called “phones” — and use the internet with them. Non-free software still makes the users surrender control over their computing to someone else, but now there is another way to lose it: Service as a Software Substitute, or SaaSS, which means letting someone else’s server do your own computing activities.

via Why Free Software Is More Important Now Than Ever Before | Wired Opinion | Wired.com.

I have been watching this technology for years.  It seems fantastic.

“Powering devices wirelessly has long been the stuff of science fiction. But really, what if power really can get rid of cables in the same way that Wi-Fi disposes of networking wires? The wireless power movement is very early, but already there are several competitors pushing alternative technologies and standards to realize that dream.”

via Samsung supports PowerbyProxi, to let you power your phone wirelessly | VentureBeat.

Several of the concepts introduced to iPhone users in iOS 7 were modeled after features developed by competitors scrambling to catch up to Apple’s original iPhone breakthrough. Here’s a look the inspiration for those features.

via The design origins of iOS 7 — Tech News and Analysis.

Both New York City and San Francisco are cosmopolitan cities rife with dining, shopping and cultural amenities. But if you were to walk into any given shop or cafe in either city looking for Wi-Fi, you’re twice as much more likely to get connected in downtown San Francisco than you are in Manhattan. 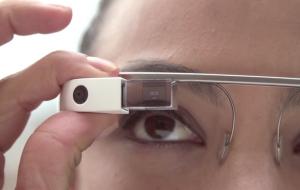 One developer’s look through Google Glass sees the augmented world isn’t so rosy yet.

via My First 100 Days With Google Glass – ReadWrite.

The keyboard combo that is Control-Alt-Delete may have become iconic—but according to Bill Gates it was all just a big mistake.

via Bill Gates: Ctrl-Alt-Delete “Was a Mistake”.

Rather than fight the digital revolution, the time-tested Post-it note is joining it.

3M Co., which makes about 50 billion of the sticky paper notepads each year, is set to announce a partnership on Thursday with personal-organization app Evernote Corp. Together, they’ve made software that will allow people with smartphones to photograph, store and organize pictures of their Post-its.

Evernote’s software will be able to recognize the sticky notes’ distinctive colors and help organize them within the app. In other words, Evernote’s 75 million users may soon say goodbye to the legions of Post-its hanging from bathroom mirrors, car dashboards and computer screens in favor of thumbnail photos of their scribblings.

via The Post-it Note Goes Digital on Evernote – Digits – WSJ.

Is Silicon Valley Preaching to the Choir | The Big Picture.

Take the online color challenge, based on the official FM100 Hue Test by X-Rite.

Google’s newest project involves a subject that affects most people sooner or later: The company has announced the formation of a spinoff, Calico, that will focus on finding solutions for issues surrounding aging and illness. Although details are few, it’s expected that Calico will take advantage of Google’s massive databases to provide new insights into, among other things, extending human lifespans. It will be led by Arthur Levinson, who used to head up Genentech, a corporation considered by many to be a pioneer in the biotechnology industry.

via Google’s Next Big Search: How And Why We Age | IdeaFeed | Big Think.