This is a good overview from TechCrunch about the future of Microsoft.  They’ve had a number of tries at the B to C market lately, but consumers may not have noticed the strength of their B to B offerings.  And it sounds like they might be making some good decisions about the direction of their B to C presence as well.  “The future of Microsoft is in selling its software, such as Microsoft Office 365, Microsoft Dynamics CRM and ERP, and Microsoft servers in the Axure cloud to business customers on whatever platform they like. Each of these products is arguably best-of-breed and cloud-based, and has a large customer base. Microsoft indeed has the ability to pivot, and pivot hard, as it did when it switched from pushing MSN to competing with Netscape in the Internet space. And Microsoft is once again not encumbered by antitrust restrictions from aggressively pursuing these markets.”

via The Resurgent, Post-Windows Microsoft | TechCrunch.

Everyone, everywhere is addicted to 2048.  It’s the number one free game in the Apple iOS store, and seems to be all anyone is talking about.  But according to Venturebeat, “The only problem is that it’s a copycat game, as Sirvo, the makers of Threes pointed out in an open letter a couple of days ago. The letter shows the angst of modern creators who are powerless to do much about cloners, iterators, and homages that people might fail to realize are not the real thing.”

via Threes vs. 2048: When rip-offs do better than the original game | GamesBeat | Games | by Dean Takahashi. 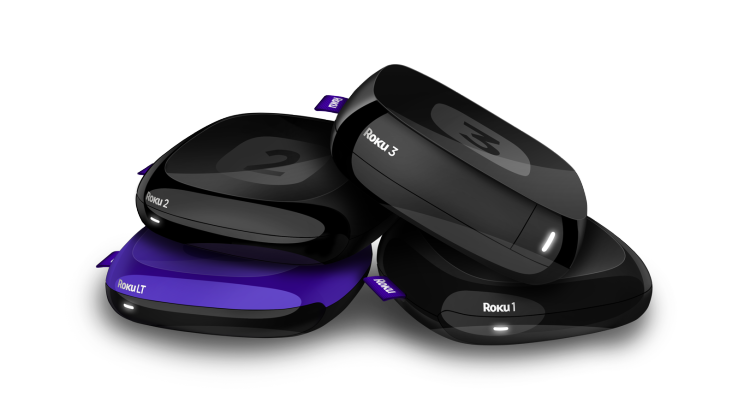 I agree with TechCrunch – back when I first heard about Roku, I thought they were the box that people who really didn’t understand the new eco-system were buying.  Now look at them go.  Good for Roku, hitting the ball out of the park with the competition they’ve had all along.  “In 10 years, when we look back and think about which companies fundamentally changed the way viewers get their TV shows delivered to them, will Roku be a part of the conversation? Based on what the company has done to date, and where it’s going, it seems likely.”

via The Improbable Rise Of Roku | TechCrunch.

From the New York Times.  This car app idea is scary.  I hope they will all function with voice commands.  “Will Apple’s CarPlay dominate the dashboards of future cars? Is Ford planning to kick Microsoft out of its Sync system? Are Audi and General Motors going for Google? Or does QNX, a dark horse whose software is already in tens of millions of vehicles, have the cards to trump other high-tech companies?”

via Battle of the Dash: Tech Companies Try to Get Their Apps in a Row – NYTimes.com.

This was great news today, and the student who figured this out was really thinking.  Now we just have to get rid of the paper used in those offices altogether.   “Changing the standard typeface used by federal and state governments could save the United States roughly $370 million a year in ink costs, according to a peer-reviewed study by Suvir Mirchandani. The best part of the story? Mirchandani is just 14 years old.”

It’s the consumer Internet – that’s what is driving the massive growth of Silicon Valley and all things B to C.  With that comes the need for APIs.  Salesforce.com is a great example of how an open API can drive success.  “Since the time of these early examples, APIs have seen massive growth and adoption. One of the most successful companies to open its API has been Salesforce.com. The company has nearly 3 million applications represented in its third-party app ecosystem, with the majority of its site traffic driven by its API.”

via The API Economy and You.

New feature in in Twitter is very similar to Facebook.  My first reaction is that when I tweet, I do it really quickly, even when taking a photo.  I can’t imagine taking the time to tag, etc. but it does seem handy for certain occasions.  Most likely people will send less tweets and save up pictures to send all at once.  “Tagging photos on Twitter works almost exactly as it does on Facebook. When you select a photo, you’re prompted to tap on “Who’s in this photo?” and then type and select the name of the person you want to tag. Users will receive notifications if they’re tagged in a photo; however, if the person sharing the photo doesn’t use the @-mention, the user’s name will appear next to the photo as it does on Facebook. ”

From the Big Think, another article about a currently hot topic, ageism in Silicon Valley.  This is written by Peter Lawler, who quotes Mark Zuckerberg “young people are smarter” and has many good reasons why it just is not so.  What happened to the wisdom that comes with age?  “A very old professor told me a couple of years ago:  “Every year I know more and more, and the students less and less.”  Me too.  I don’t quite agree with the guy who claimed that today’s young are “the dumbest generation,” but they sure aren’t as smart as they think they are.  (Well, it’s likely I’m not as smart as I think I am either.)”

I’m not sure it is avoidable for anyone.  CEOs need to know the basics of coding, and there are so many ways to learn there are no excuses.  TNW shares some ideas.  The go so far as to call it a digital literacy.  “It used to be okay to just be a manager and leave the tech to the geeks, these days, products are being developed at speeds never seen before, sometimes in weeks. The rates of execution, iteration and experimentation (lean) are neck-breaking, and you should be a part of it, hands-on, and not as an orchestrator only.”

via Upgrade your brain: Programming resources for coding newbies – The Next Web.

I’ve never felt TechDirt got the attention it deserved, but it’s a great resource and this article was a reminder of the “informed” side of the internet we’ve been focusing on for the past 15 years.  This is a recollection since 1999.  “The site had existed for nearly two years before that, but was mainly done as an email newsletter. Back in March of 1999, the word “blog” still didn’t even exist until a few months later (though “weblog” had been around for a little while before that) and didn’t really catch on for a couple years. Anyway, given 15 years of blog posts, I thought it might be fun to look back at what we were writing about five, ten and fifteen years ago.”

via A Look Back In Techdirt History | Techdirt.