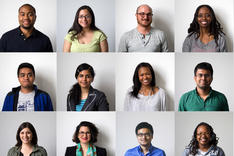 Community initiatives, hackathons, and civic development workshops can be really transformative.  This project in Queens is just one example.  “That situation led the non-profit Coalition for Queens to start Access Code, a unique training program that teaches people from the Queens community to code iOS apps, while receiving mentorship and guidance on career development and entrepreneurship from notable figures from the New York startup scene. Six months after the first Access Code class of 21 students completed the 18 week course, the 15 graduates who accepted job offers have seen their income rise from under $15,000 to an average of $72,190; the other six students are either still in college or have chosen to launch their own startups. And the class as a whole is commendably diverse in an industry that has been struggling to attract women and minorities: it’s 50 percent women, 50 percent underrepresented minorities, and 40 percent immigrants.”  From Vox.

via A nonprofit in Queens taught people to write iPhone apps — and their incomes jumped from $15k to $72k – Vox.